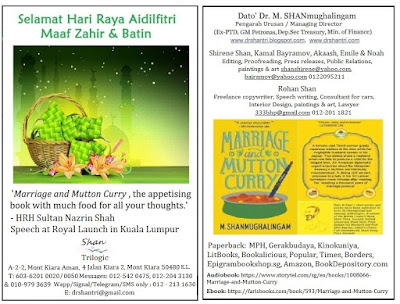 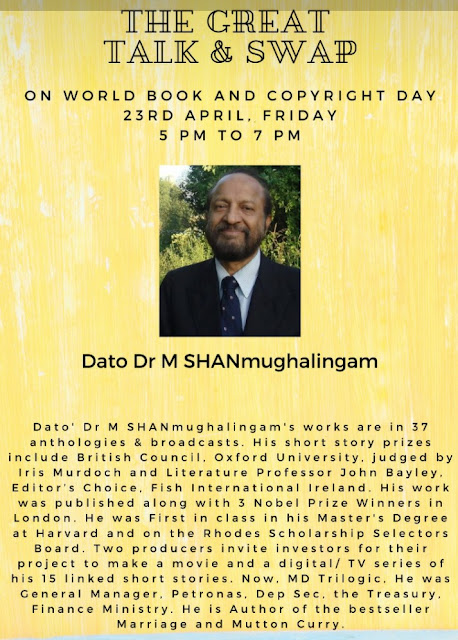 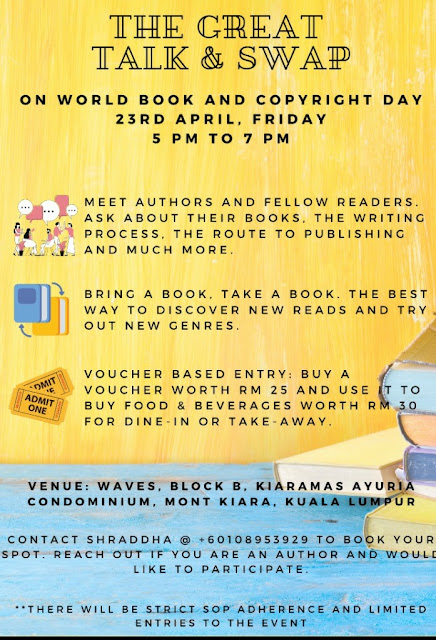 When I first knew of M. Shanmughalingam’s title for this volume of short stories, a huge grin widened my mouth. I involuntarily drooled. One of the best curries that I’ve ever experienced was in the home of a migrant Sri Lankan family, living on the outskirts of London, England. The curry was (of course) ‘mutton curry’, however the ‘mutton’ referred to in that instant was in fact goat, for in many Sri Lankan families ‘mutton’ means goat. The meat was cut small and the curry (gravy) was steeped in spices and quite deliciously amazing. In ‘Marriage & Mutton Curry’, the ‘mutton’ is lamb (pronounced lamp by ‘Chelvi’ one of the author’s endearing characters), bought from a local Kuala Lumpur market.

I would very much have liked to compare the two curries, perhaps with thosai (Dosa) or hoppers (appam). But Shanmughalingam doesn’t stop at mutton curry. Chicken curry (with potatoes) crab curry (with string hoppers, aka Idiyappam) “curries of mashed brinjals and lady’s finger” curry with roti chennai and fish curry all grace this collection of short stories, making you feel quite full having read until end of the book.

Like India’s great narrator R.K.Narayan and his Tamil lands, Shanmughalingam, in ‘Marriage & Mutton Curry’, reveals an exuberant collection of stories concerning Malaya’s Sri Lankan diaspora. Unlike Sri Lanka’s Michael Ondaatje and his  ‘Running with the Family’ collection, Shanmughalingam’s tales are not specifically of his own family. His stories tell of others, those who left Ceylon (Serendib/Sri Lanka) and attempted to meld with other collections of migrants already embedded in equatorial Malaya.

From Kuala Lumpur’s very prestigious Victoria Institution to (of course) cricket and the indignity of being locked in a chicken coop, Shanmughalingam unravels a Malaya in which race, creed and colour have bounded communities, but has also bonded them. One such community consists of the Ceylonise (now Sri Lankans), a mixed community in themselves consisting of ‘Jaffna Tamils’ (as one Shanmughalingam story relates) the Sinhalese and Burghers, all very proud of their ancestry and their separateness from, for instance, Malayan Indians from Tamil Nadu (the Tamil Indians), or migrants from Bangladesh (then East Bengal).

“ We come together with other Sri Lankans—homelander and diaspora, Sinhalese and Tamil, Buddhist and Hindu and Christian and Muslim—over delicious shared meals. Sri Lanka has been a multi-ethnic society for over two thousand years, with neighbours of different ethnicities, languages, religions, living side by side.” And the same is to be said of Malaya.

‘Marriage & Mutton Curry’ is so much more than its title suggests. There are the bonds of friendship, its (perhaps innocent) betrayal as well as the complexities of traditional marriages. These stories are played out within Malaya, in all its gently revealed quirkiness, multilingualism and multiculturalisms, and written from a local voice. The author writes (in the title story)

“I stared from one person to the other. Kandasamy noticed this and told me how those people switched from Hokkien to Malay, from English to Tamil and some Siamese. A team of bulls hitched to bullock carts passed through, but what excited me more than that was seeing a pony cart like Amma’s with an English couple riding in it. Why could Kandasamy and I not go to see my and his Amma or to Ireland, the home of Mother Superior? (p134).

There are no retrospective illusions in Shanmughalingam’s ‘Marriage & Mutton Curry”, no indications of a ‘Golden Age’ of Malaya, only well crafted illustrations of migrant life, in detail, with all its ups and downs and the determination to succeed in a familiar, and yet unfamiliar land, for the British managed both countries, Ceylon until 1948, and Malaya until 1957, and not forgetting the small percentage of ‘Malays’ who have been living in Sri Lanka/Ceylon since the 13th century.

This volume of short stories serves as a good introduction to a particular set of migrants, while also revealing much of life in Malaya under the British. British occupation remains as a backdrop, as does the invasion of the Japanese. Shanmughalingam is interested in tales of ordinary people (again like Narayan), not the British overlords, and this is to his credit. Far too many books concerning Malaya are patronisingly seen through ‘foreigner’s’ eyes, others pour vitriol on those times. Shanmughalingam concerns himself with neither praise nor condemnation of the British, for he has set his sights upon other stories, akin to but different from those of Lloyd Fernando and  K. S. Maniam.

There are multitudinous reasons why I might recommend this book, however none of my reasons would be as good as just simply reading this collection of short stories by M. Shanmughalingam. His tales are, put simply, Malaya from the heart. If you want to really understand Malaya/Malaysia, this is the book for you. 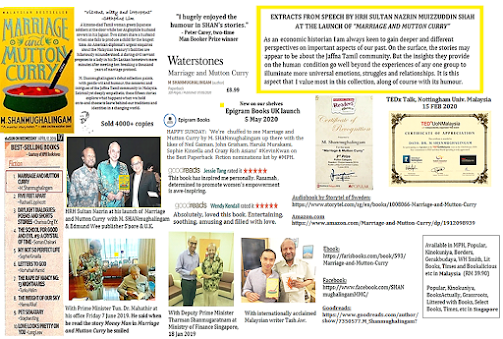 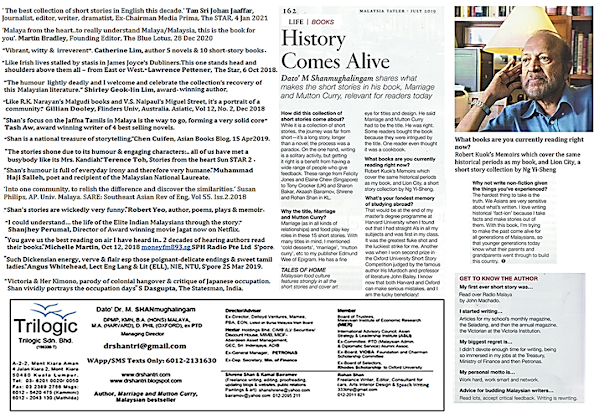 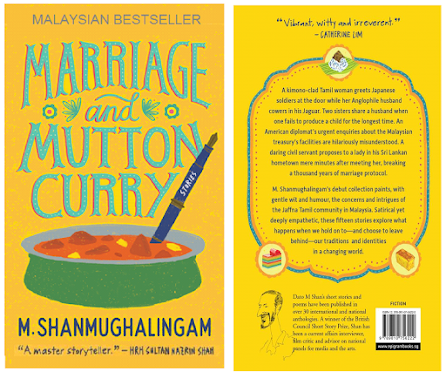 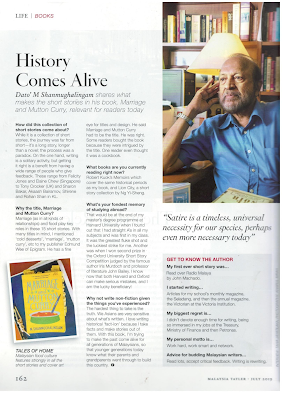 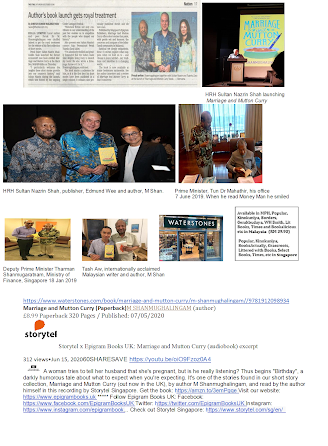 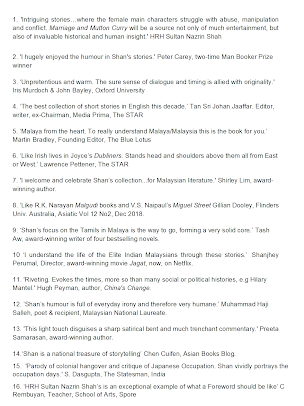